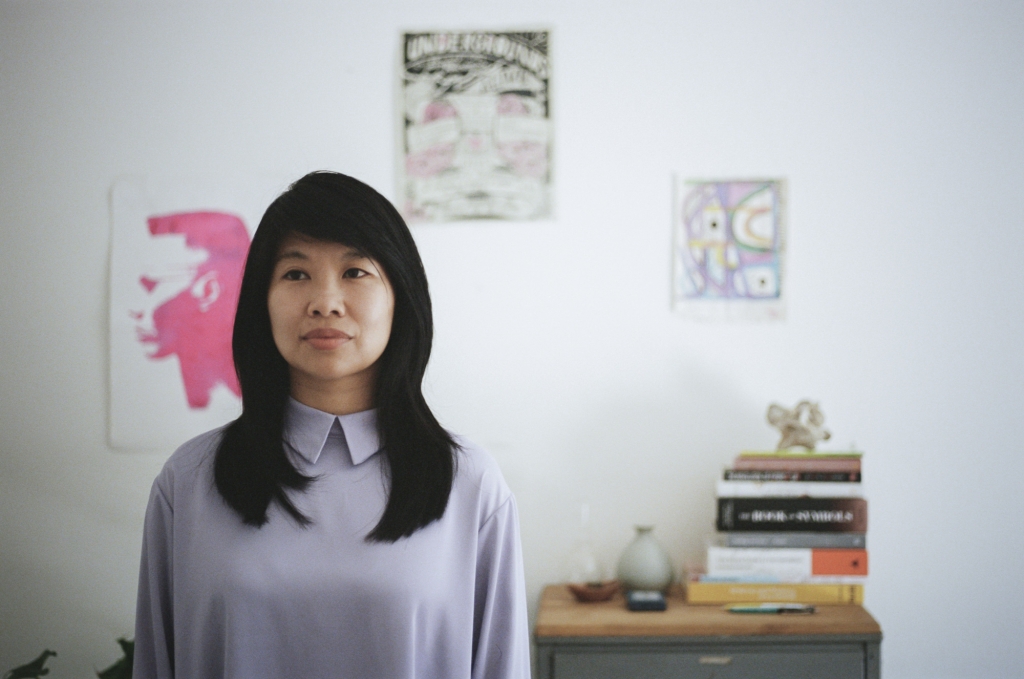 Story by Xavier Gallego in conversation with Sophia Wang, Photography by Carla Tramullas.

Changing the way things are made is a founding theme and principle for MycoWorks co-founder Sophia Wang. Raised in a family of molecular cell biologists and trained as an artist and writer, Sophia’s cultural fluency spans the living systems of nature and the aesthetics of visual arts, dance and literature. When she first encountered Philip Ross’s mycelium sculptures in 2007, Sophia saw the potential of mycelium as a living material with endless aesthetic expressions. She also understood the role that art and storytelling would play in communicating mycelium’s potential to the world.

“It’s one thing to see something new in the world; it’s another to help others see it as well,” Sophia shares, when asked about her approach to the story of Fine Mycelium™, the platform that enables Reishi™. “I lead by telling and retelling that vision until it becomes real: not a fable or fantasy, but a history that we’re building. Visionary tales are how we claim both the past and the future in terms of the present.”

“It’s one thing to see something new in the world; it’s another to help others see it as well.”

From the start, Sophia has led with a vision that connects one of nature’s most elegant and regenerative processes with the heritage of craft and the creative innovations of art and science. 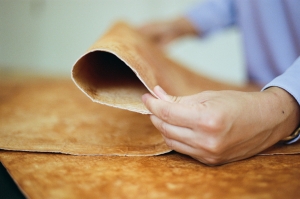 Reishi’s brand debut at New York Fashion Week (NYFW) this past February marked an achievement Sophia has been pursuing since she founded MycoWorks with Philip Ross in 2013. As MycoWorks prepares to announce its first brand collaborations with partners in fashion and footwear, the NYFW pop-up showroom gave many fashion and media insiders the chance to see and feel Reish for the first time. It was the culmination of a seven year journey that began when Sophia first touched a supple piece of mycelium that would later inspire Reishi.

“It was one of the proudest moments of my life to watch people experiencing Reishi for the first time: feeling its weight and warmth, touching Reishi gently to their wrists and cheeks, and taking in its scent and sheen.”

For Sophia, “It was one of the proudest moments of my life to watch people experiencing Reishi for the first time: feeling its weight and warmth, touching Reishi gently to their wrists and cheeks, and taking in its scent and sheen. Remembering that we began with just a swatch of an idea is my way of honoring the patience, teamwork and sheer faith it has taken to bring Reishi to the world.”

The creative collaboration behind Reishi began at the intersection of art, science, curation and education. While writing her doctoral dissertation on epic poetry and advancing a dance and performance practice, Sophia worked with Phil as a thought partner and producer for a series of public programs exploring the art, culture and history of biotechnology. As global brands began requesting to use Phil’s mycelium materials, Sophia stepped forward to lead their efforts to bring these new materials to the wider world. Her visionary leadership steered their company through years of patient labor and intentional building, with a steady focus on the mission statement she wrote in 2016: let’s change the way things are made.

Sophia is also the co-founder of a punk rock dance company and an experimental pedagogy series, and she has been producing and performing genre-defying works and art events for over a decade. Between these projects and MycoWorks, Sophia has dedicated her life to creating new possibilities through wholly new works and ideas.

“I practice manifesting what I want to see in the world”

“I practice manifesting what I want to see in the world,” she says of her creative, professional and political practice. Her social organizing in the worlds of art, activism and education is continuous with her leadership at MycoWorks in its attention to the values and execution required to bring a collaborative vision to life, and to deliver lasting impact. 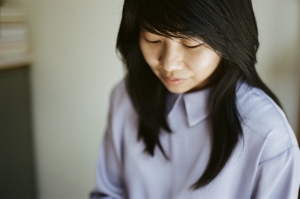 Sophia knows that Reishi’s impact is both intimate in the pleasures it offers as a material, and global and groundbreaking in its potential. Reishi is a non-animal, non-plastic option for leather, grown on plant biomass in a process that transforms mycelium into supple sheets that can be tanned, cured, embossed and stitched. As one of the world’s most powerful agents of environmental regeneration, mycelium has the potential to become the fashion industry’s most sustainable natural resource. Introducing Reishi into leather goods, fashion and footwear has already changed the way global brands are making objects of value and heritage.

The first preliminary life cycle study ever performed on Reishi™ was in 2016, led by a research engineer focused on the Industrial Ecology of Manufacturing at Columbia University. Sophia worked with him to measure the carbon footprint of the process used to make Reishi. The results were so positive, they made the story of Reishi seem inevitable. “When I saw the numbers,” Sophia recalls, “I knew with certainty that our material is going to revolutionize fashion and change the world. I just needed to build the right team of people to turn this potential into reality.”

“I knew with certainty that our material is going to revolutionize fashion and change the world. I just needed to build the right team of people to turn this potential into reality.”

Sophia recently reviewed The Impact of Fine Mycelium, the screening Life Cycle Analysis (LCA) MycoWorks conducted in partnership with PRé Sustainability this past May. The study models the patented Fine Mycelium process that will launch at pilot scale this year, and measures the remarkable progress the team has made. “Our 2016 life cycle study showed us our potential. Today, we have proof that we have turned this potential into reality. We’re planning to publish a full LCA, and I’m so excited to show the world that we have achieved material excellence with a vast reduction in carbon footprint.”

Changing the ways of the world is a long term project, and Sophia is a patient builder. Quality takes time to achieve, and craft requires patience and practice. Reflecting on the years of growth and refinement required to bring Reishi to launch, Sophia refers to kairos, the Greek term for the right moment in time, when all vital elements for action align. As her team prepares for the opening of their pilot plant this fall, Sophia is looking ahead to the public announcement of their brand partnerships, and the tremendous achievement these milestones will mark.

“Now is the right time for Reishi because of the team we’ve built, the level of quality we’ve achieved and our brand partners who have proven that fashion is ready for new standards of excellence in sustainability. This moment is the best measure of the path we’ve walked to get here.”